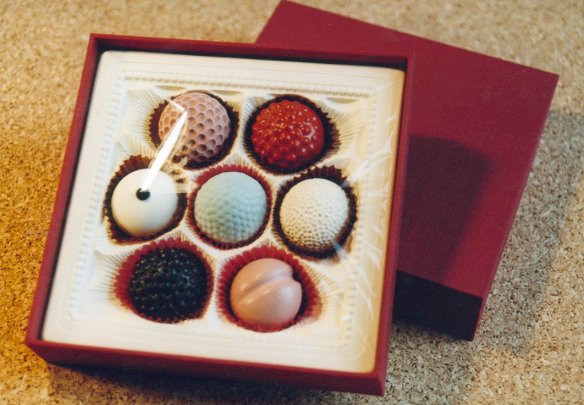 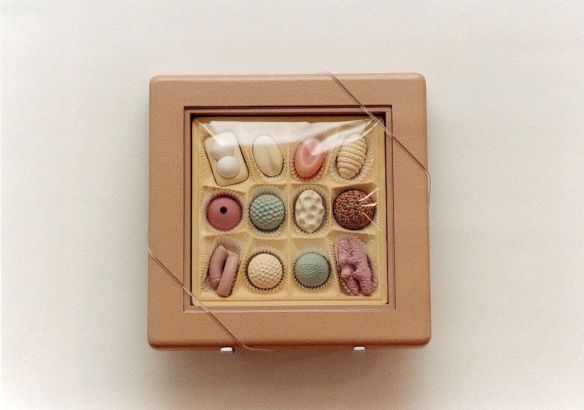 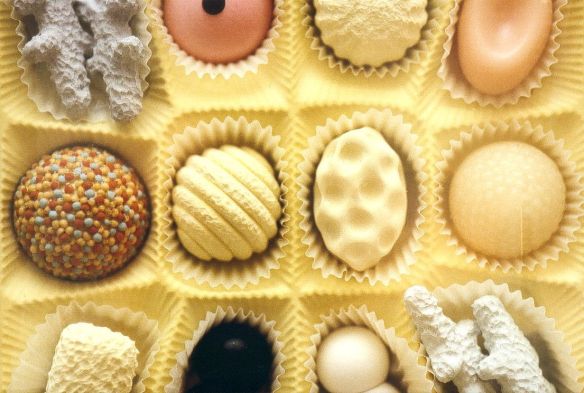 Detail of Pralinenkasten from the series, 1995 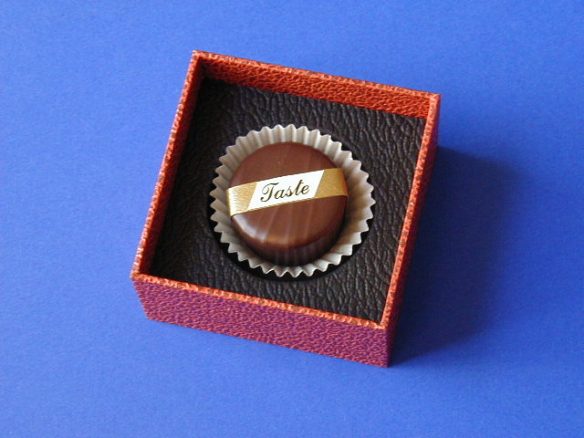 Taste from the Qualities edition, 2002 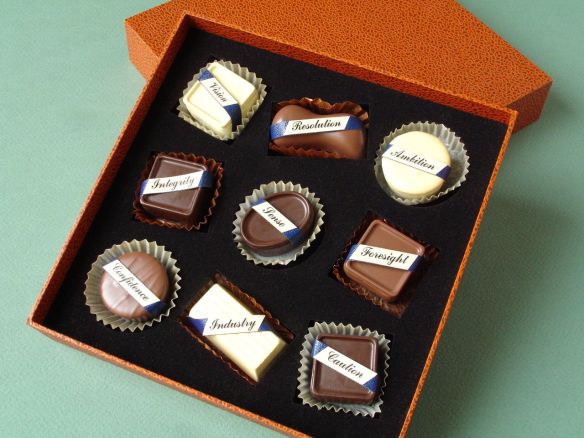 Business from the Qualities edition, 2003 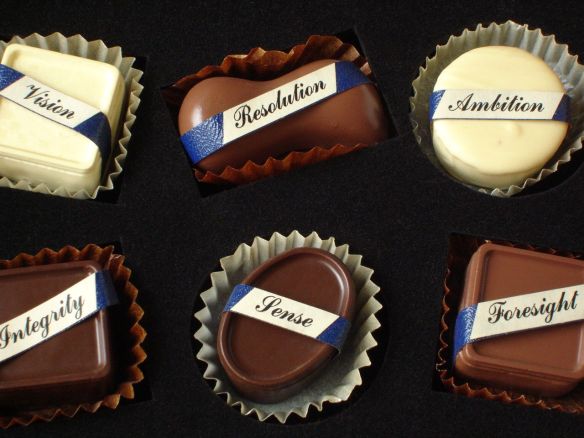 The theme of confectionary seems to have stuck with me in various guises throughout the years ( see also Faim de siècle ). The first in this line-up is a  multiple edition commissioned by the German lifestyle magazine Amica and could be ordered through it. Both the sweet forms and the bed were cast plaster, housed in a linen-covered
presentation box.

My interest in the sweetbox form of presentation may just have been following up a
childhood fascination with the look of sweets or the fact that I was used to arranging small beach-combed objects in old chocolate boxes, but it was also a selling gambit. I could offer variations of the same collection in different sizes to suit different pockets. For the original Pralinenkasten concept two years earlier (1994) I made wooden carry- cases loaded with all manner of form and colour variations (cast in plaster and wax) and people could ‘pic-n-mix’ from the stock to put together their own ensemble, although only one size of box was offered in this case.

I followed this with a series of smaller wooden box-frames designed for wall mounting on special brackets, the Pralinenkasten 1995 pictured. With this series I went for even more of a ‘natural history’ look, giving the frames the muted colours of scientific or medical appliances. I also used dental plaster for the most of the cast forms, which was coincidentally available in compliant colours. For this and the previous work the ‘beds’ were cast in moulds made from actual chocolate boxes.

A few years later I returned to both the sweetbox form and the idea of the bespoke
with the Qualities range (literally ‘quality’ chocolates in that they were inscribed with the
names of qualities desirable for given occasions or purposes). The range included
limited editions for Valentine’s Day, celebration of marriage, graduation and business.
The forms were cast in resin and painted. The one shown above is the business box, with individual flavours such as ‘Confidence’, ‘Industry’ and ‘Integrity. There was just one in the series, Taste, which I felt could stand alone as a single in its own box.