Swamp Terrain for Toy Soldiers No 1

Swamp Terrain for Toy Soldiers No 2 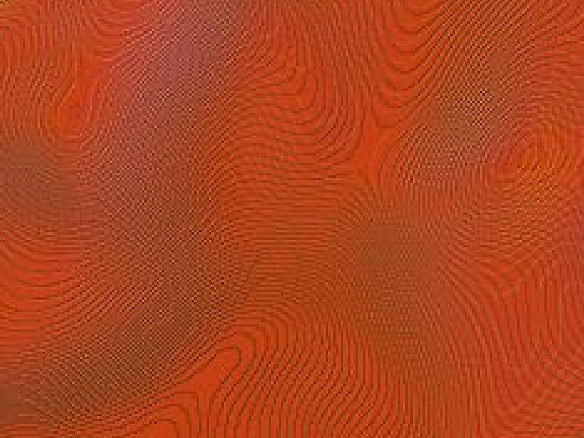 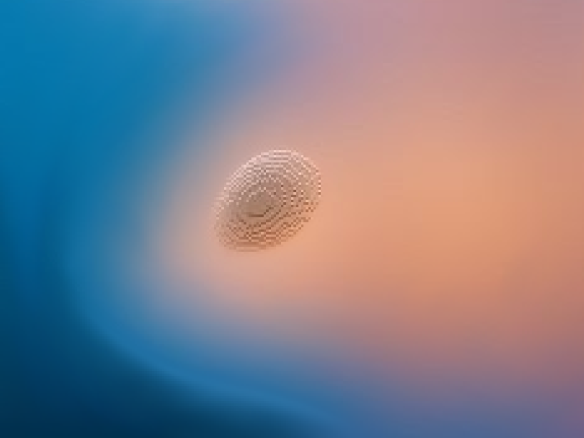 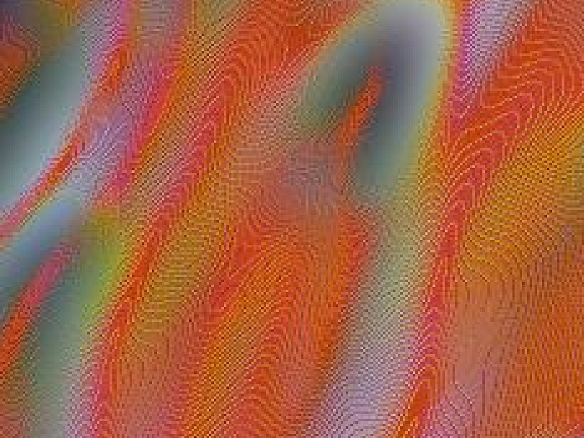 Swamp Terrain for Toy Soldiers No 3

When I started experimenting with digital painting seriously at the end of 2017 I developed, for the first time, a strong attraction towards pixels! Up to then I’d always considered them blemishes to be blended over, or even when I’d descend down there to work amongst them, as building blocks which are meant to disappear within the whole when seen from afar. But with those studies and the others I’ve included here I started to value the distinctive ‘zing’ they could give, and on another level just as much .. their truth to the medium! They are the ‘atoms’ of digital work, and it seems right to make use of their distinctiveness where appropriate rather than always trying to mimic the appearance of those more traditional forms of painting or drawing that went before.

How pixels help to achieve abstraction

Abstraction in art is the departure from the representative dominance of forms and images so that, in its purest form, we can start to appreciate them just for themselves rather than judging them by their qualities of ‘likeness’ or association with familiars in the real world. Abstraction should not be measured according to how less ‘real’ something looks, but rather how more ‘real’ the physical stuff of the work becomes. Music is an example of an art form where this disassociation can be achieved quite comfortably .. but we never think of music as ‘not real’? It is its own ‘real’. There will always .. always! .. be association of some kind, especially in visual art, so the purest abstraction possible is not where association does not or cannot occur, rather where it is not needed for a satisfying experience, where it can be put aside. Abstraction can’t be an ‘either is or isn’t’, or a ‘black or white’, or an ‘on or off’ thing .. there are an infinite number of shades in between!

The pixel is fitting, both as medium and symbol, if we are thinking in terms of a departure from visible reality .. whether we’re aiming for the disembodied or disassociated, or towards the material ‘stuff’ which some early abstractionists referred to as more concrete. Pixels themselves don’t possess an inherent size .. the size we see them depends on how we view them! They are outside the realms of size or scale. Do they even have an inherent existence? Where are they when the lights are out?

When they become more visible they break the illusion of representation, they start referring more to medium and surface than anything else they might be representing. As one slowly zooms in to an image the pixels lose their connection to the whole, they become things in their own right.

A single pixel is like a tiny Malevich! Kasimir Malevich was the Russian painter who first proposed that a square canvas painted either black or white could be a valid work of art .. an artistic statement in its own right. Pixels are only one step up in complexity from simple black or white.

What the word ‘pixel’ conjures

The word is light and bright, mainly because of its centre composed of the vowels ‘i’ and ‘e’ with an ‘x’ in between for extra ‘xing’! There is also a sharpness, suggesting it could puncture the skin but not in a serious way, because nearby associative words are ‘pick’ or ‘prick’. It has some likenesses with the word ‘crystal’, which may be significant considering the morphological similarity of the two ( ‘morphology’ is the study of the form of things and the why). But the closest relationship .. and the reason why the word conjures the quaintly magical or ethereal .. is with ‘pixie’, which most people think of as a childlike and very small fantasy being. Despite its connection to ancient folklore ‘pixel’ is also a very modern-sounding word, akin to a detergent brand name.

The word ‘pixel’ derives from ‘picture element’ describing the smallest controllable element in a digital image. In computing, an image composed of pixels is known as a bitmapped image or a raster image. The number of pixels per inch ‘ppi’ denotes the resolution of the image and determines the size it will be rendered by default on the computer screen ( note that this may have little to do with the ‘dpi’ dots per inch print capability of a printer). An individual pixel can only be either square or rectangular, and it can only have a single ‘colour’ with no shading. The number of colours an individual pixel can become depends on its ‘bpp’ bits per pixel on a scale from 1 (pixel is either on or off, image is monochrome) to 24 (giving over 16million colour possibilities).

So pixels are not always square?

No not always, under certain circumstances they change. I found this out when I wanted to resize my ‘pixel studies’ which were of course by nature small (i.e. many of them around 240 x 180 pixels), enlarging them to my usual preferred image size 1280 x 960. I should have guessed that it wouldn’t be a straightforward ‘resize’ click in PaintShop Pro or Photoshop, but seeing the unexpected results was a better learning experience. For example here is the enlargement I wanted of a very small portion using, in the end, PaintShop Pro’s option Pixel Resize. It stands to reason, in retrospect, that the enlargement size (in this case to 600 x 450) would have to be divisible by the original size (20 x 15) for the pixels to remain as they were. 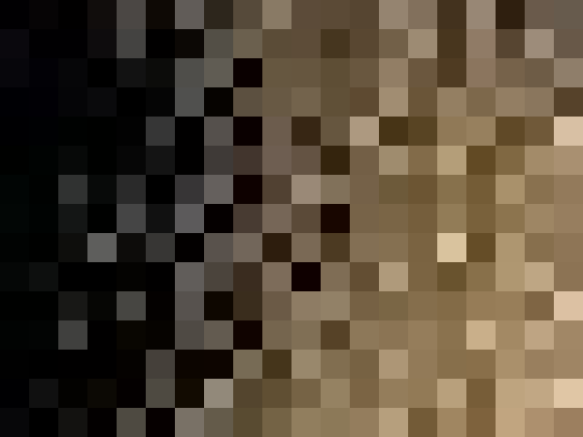 Below on the other hand is the same 20 x 15 portion which I’ve first enlarged to 23 x 17 .. so not divisible .. just to make the point (of course I then had to enlarge the result again using ‘Pixel Resize’ just so that it would appear here at the same size but I checked that it hadn’t altered the effect). 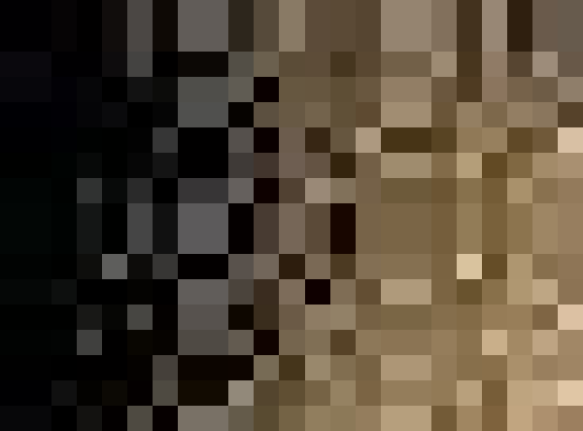 Now there are 4 variations .. large squares, small squares, flat and upright rectangles! The pixels had to do something to compensate for the indivisible enlargement, but why they chose this way I’ve little idea! The results are much more dynamic though!

Just out of interest here is the same image portion enlarged using two of the more standard ‘smoothing’ options i.e. the ones I didn’t want .. the first Bicubic and the next Bilinear.

An interesting ‘meander’ can be followed from the word. The word-form itself is known as a portmanteau where two separate words are compressed or ‘packed away’ as one. Lewis Carroll is credited for coining the first use of the word in this way, in his book Through the Looking-Glass and it is something he practiced constantly. The word pixelation refers to the usually unwanted effect of pixels becoming too visible or creating distortions, but it is often confused with pixilation which is actually something separate, namely a form of jerky stop-motion animation where the number of frames describing a movement is purposely reduced. Here the source is not ‘pixel’ at all but ‘pixie’ as it’s meant to convey a sense of ‘possession by spirits’. In that respect ‘pixilation’, whatever the spelling, is quite apt to describe the sometimes alarming transformations of newsreader’s faces when there are faults in digital TV transmission .. the images do sometimes look ‘possessed’. But there can also be moments when they appear agreeably evocative or even beautiful! The unwanted visible distortions which occur in digital images are known as artifacts (in this case usually using the American spelling).

Here are two examples of the many images to be found online labelled glitch art .. 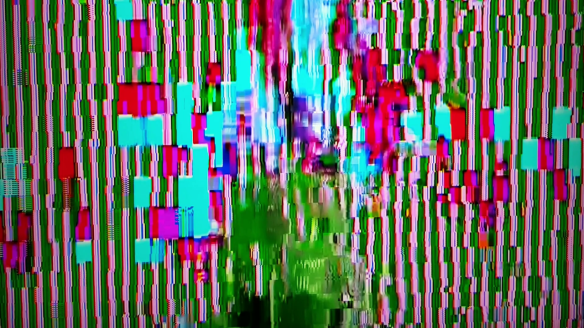 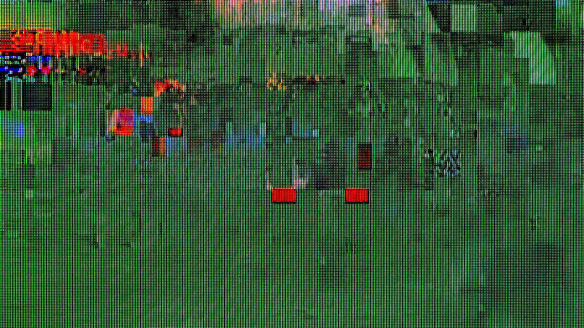 The significance of the word ‘artefact’

It was a coincidence that I should start acknowledging visible pixels while working on studies inspired by my Thames Foreshore searching .. but then came this significant word link! The word artefact has surfaced more than once in my pastimes over the years. Anyone serious about identifying their ‘historical’ finds on the Thames Foreshore will know the Portable Antiquities Scheme website, which catalogues finds of particular archaeological relevance. Most of these are referred to as ‘artefacts’, the archaeological definition being ‘an object made by a human being, typically one of cultural or historical interest’. One of my teenager ‘phases’ was studying things under the microscope, although now I wouldn’t be able to call it ‘studying’ more like just obsessively looking at. But I owe much of my artistic output to these hours spent! In microscopy the word ‘artefact’ refers to anything seen that is not supposed to be there but which occurs as a result of human intervention, such as a foreign particle or a distortion arising from slide preparation. The broader scientific definition is ‘something observed in a scientific investigation or experiment that is not naturally present but occurs as a result of the preparative or investigative procedure’. I remember wondering as a child whether this could also be applied .. to ghosts! But now I have been gifted the third meaning, which doesn’t appear so much in the standard dictionaries because the American spelling is commonly used. Like I’ve mentioned, this  refers to ‘anomalies during visual representation of digital graphics or imagery’ according to Wikipedia. It obviously originates from the broader scientific term, but I very much like the implication that these anomalies could also be appreciated as meaningful objects in their own right!